India’s headline economic growth rate, a popular national leader, and robust overtures to international miners to invest up to US$15 billion over the next five years should make it one of the focal points of this week’s London Mines and Money. But it will hardly take centre stage at the conference. 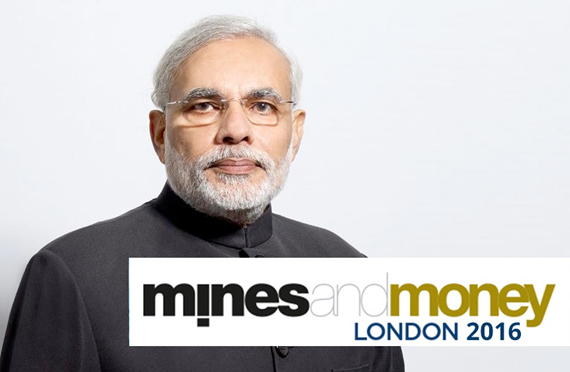 Instead global miners, with one or two exceptions, continue to regard the nation of 1.3 billion people, and its vast nascent capacity to consume the world’s minerals, with caution.

A discussion about the impact of internationally admired India PM Narendra Modi’s policies and initiatives on mining investment both inside India, and outside – to feed India’s appetite for minerals and energy – closes out day two of the London conference.

Mines and Money is billing the “blockbuster debate” between outspoken India critic Jayant Bhandari, of Anarcho Capital, and Nirmal Bang Securities head of commodities research Kunal Shah, as the latest episode in a series that “provoked the most discussion and controversy at Mines and Money Asia in Hong Kong” earlier this year.

Shah seems to have some decent capital to work with in asserting Modi’s claims to economic legitimacy, with India’s latest GDP figures showing it’s still the world’s fastest-growing large economy, according to Bloomberg. But a Bloomberg analyst commented after the release of India’s first-quarter economic growth numbers that closer inspection showed “the economy doesn’t seem anything like the good-news story the government has been telling the world”.

“Today’s growth levels appear completely unsustainable,” the columnist wrote. “They’re driven by the government’s mistaken belief that it can ramp up its own spending to make up for a private sector that isn’t yet optimistic enough to invest. Indeed, over the past two years, India’s growth has come to depend dangerously on an overstretched state.”

Modi, halfway through his third year as government leader of the world’s largest democracy, has been stressing the positives.

Bhandari is well known for picking apart the government’s rhetoric. He told Mining Journal: “There is often a misunderstanding between ‘growth rate’ and ‘growth’ in the media. India is not growing faster that China. India actually needs 33% growth rate to match Chinese growth.”

Bhandari will talk at Mines and Money about why he thinks the media and “western intellectuals” consistently fail to understand or “unconsciously ignore the laggardness of India”.

“India being a democracy, it emotionally orients western people from thinking that India must eventually do better than the communist dictatorship of China. The reality is that democracy does not work in most of these non-western nations, if it at all works,” Bhandari says.

“Chinese GDP per capita is more than five-times that of India. Any comparison between the two economies is extremely erroneous.

“What indeed would not be erroneous is to understand why despite that India was richer than China in the early 1980s, India has badly lost out in the race for economic growth and in human development. In the late-80s China not only started to grow faster, even its growth rate started to increase. To put the current status into perspective, even if India keeps on growing at the so-called fabulous 7.5% growth rate and China at slowing down rate of 6.3%, it will be more than 130 years before India catches up with China.” 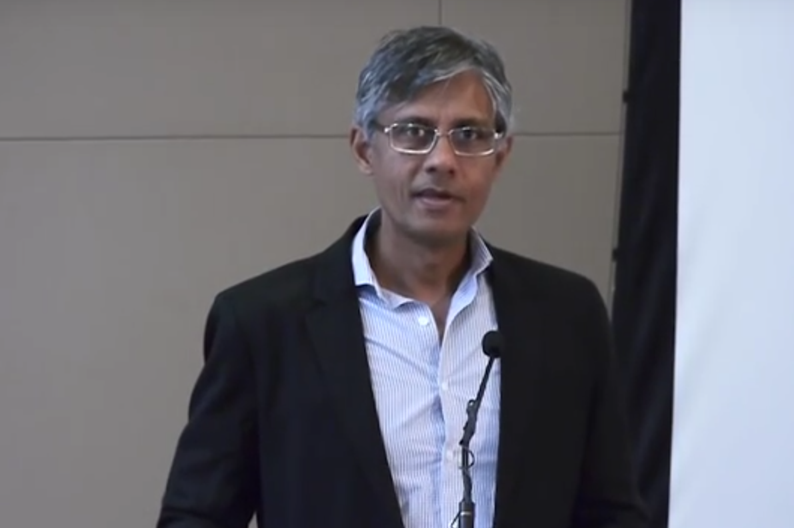 According to Bhandari, the short-term picture for India is also not what it seems.

“They have recently changed the statistical methods, which for now is leading to higher calculated-numbers than it would have been with the old method. This is one-off statistical benefit, with no real change on the ground.

“Also, India’s biggest import by far is oil. The fall in the oil price has helped India massively reduce its trade deficits, fiscal deficits and inflation. This has made India look better than, say, Nigeria or Russia, but these benefits are again one-off benefits. Free-gifts eventually stop coming. India must go back to its Hindu rate of growth sooner rather than later.”

Recent reports on India’s courting of private investment to raise $15 billion over five years “to double mining output and cut mineral imports” as it strives to boost domestic manufacturing under Modi’s landmark ‘Make in India’ drive, have been accompanied by India mines minister Piyush Goyal’s push to increase mineral exploration spending. The government wanted to boost exploration spend, “partly through taking upfront payments for discovered deposits when the mines are auctioned”, Bloomberg reported.

Global consulting group McKinsey has observed that without “accelerated growth in mining” India will rely heavily on imported raw materials to supplement local supply into its manufacturing sector, with increased forex spending on thermal coal, coking coal and iron ore alone reaching an estimated $58 billion, “a staggering 180% of today’s current account deficit”. Domestically, McKinsey says, “the Indian mining sector has been a success story in waiting for decades”.

Bhandari is typically blunt in his assessment of recent public statements from Indian government leaders.

“In a very Orwellian sense this is good news for the international commodity prices. India … is incapable of ramping up its mining output. In fact, over the last 15 years when the world was rapidly ramping up its commodity production and increasing its exports to China, India was turning it down.

“There are simply no institutional capacities in India that make the ramping up of production of commodities possible. It is for this reason that despite having among the largest coal reserves, India imports from Indonesia and Australia, and these imports are growing.

“There is always hope for India. And they always stay hopes. Indians loves talking but avoids walking.

“Doing business in India is impossible enough, mining is much more difficult.

“The [mines] minister and Bloomberg should have at least used their calculators before writing and talking about [the investment required to double domestic mining output]. The US$3 billion per year [over five years] is about 0.0017% of the Indian GDP. US$3 billion is equivalent to just over US$2 per Indian, small change even for a poor country like India.

“If this amount could really double Indian mining output, it could be found from many places internally. A mid-sized mining company could single-handedly supply such an investment.”

And on the hoped-for recovery of advance payments for mineral exploration tenements, Bhandari was quizzical: “Corruption, planning and confused thinking is part and parcel of public servants in India. Would you give advance payment to India for minerals?

“I can think of no sane company that will do so.”

Bhandari describes any success Modi has had in improving India’s international image as a “shallow achievement”.

“He has consistently travelled the world and talked with Indians living in those countries.

“He is also being more assertive in his relations with Pakistan. But, again, this can escalate into an ugly war between the two nuclear-armed countries. Last year, Modi hindered exports to Nepal to bully their government, creating massive problems in Nepal.

“Recently he banned 88% of monetary value of cash out of circulation. This being India, however, there is a full-fledged, sophisticated market to convert your banned notes into new ones for a 20% discount. Not only all corrupt money got exchanged, it will have made the mafia much richer and prone to looking for easy money.

“That neither helped India reduce corruption but trained tens of millions to look for easy money rather than focus on wealth-creation.”